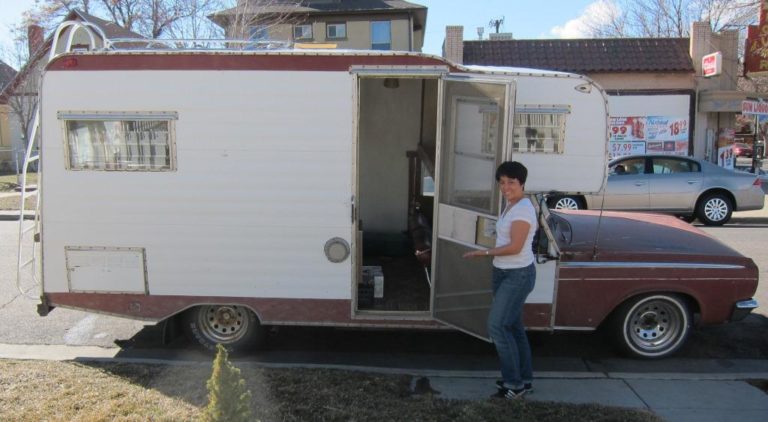 After the big accident of 2011, we were trying to decide whether to go RVing again.  I thought that Lina would never want to go again but she said she missed it.  We looked at some class C’s but decided the price wasn’t worth it.  Then we saw this little baby on craigslist and couldn’t resist taking a look…then had to have it.

Other posts copied from other websites will have better descriptions but, in a nutshell, a guy in Colorado hurt his back and couldn’t use the RV’s of the time and decided to build his own.  He and his wife started a factory where they could buy a car from a wrecker with a totaled rear end, cut it off, and then add a RV to the back. They made approx 53 of them including Thunderbird and Caddy versions. We bought ours from Denny who has three of them and figures that there are maybe 13 left.

Ours is based on a 1965 Dodge Coronet and it made it from Castle Rock to Arvada with minimal effort.  We’ll be working on the mechanical components and adding a fridge so that I can use it for burning man. Next year we’ll trick out the interior with a 50/60’s airstream theme. Then we’ll worry about the exterior.