Of the 52ish Great Dales built, we’ve seen about 6 in person and another 10 in recent pictures. We’ve heard stories of maybe another 10 sitting in family members fields somewhere.

There were only three Great Dales built on a Dodge chassis and we’ve seen recent pictures of all three, so they are still out there. Only two run. Ours was built in 1966 and was probably one of the last Great Dales built. The donor car was a two-door 1965 Dodge Coronet 440 with a 361 engine that was painted red as you can see in any under-the-hood pictures. The car stops just behind the side door and the truck frame was merged with the unibody.

Our original idea was to restore it to mostly original condition, but we did want to make some mechanical improvements and add hidden utilities. The plan changed when a trailer expert looked at the interior and proclaimed that it had been ruined by the previous owners shit-brown paint job. We couldn’t fix it because sanding would destroy the plywood veneer, and they don’t make that kind of plywood anymore.

Plan #2 was to tear it down to the bones and rebuild it, but I couldn’t find a place to do the work near our house.

Plan #3 was to make it our own with what we had.

While I was able to drive it off the field at about 65 miles an hour. It wouldn’t idle, which meant the two-barrel carb needed to be looked at. It was easier to replace the carb with a new four barrel and that started the million modification march to what you see today.

Here is a summary of some of the work we can remember doing: 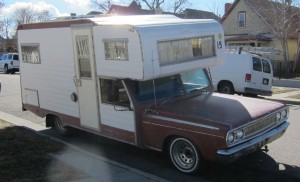 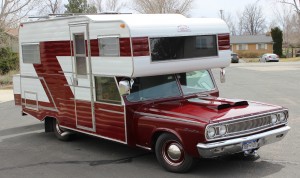 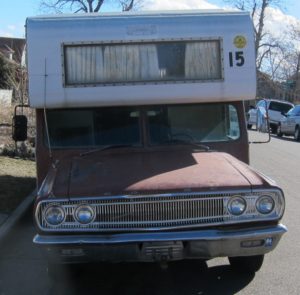 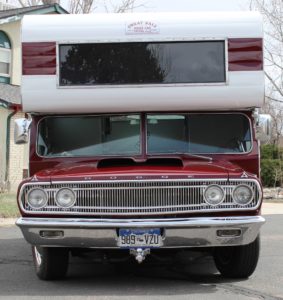 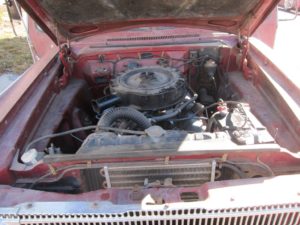 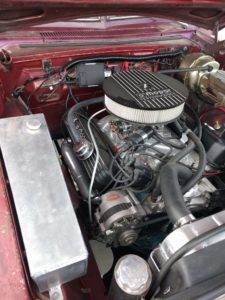 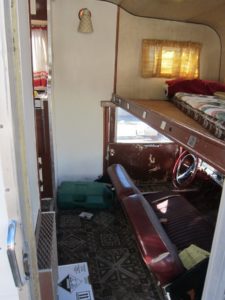 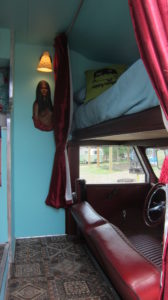 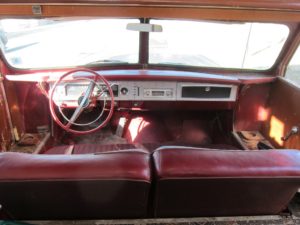 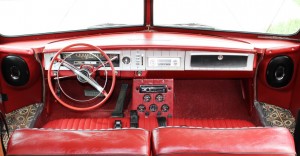 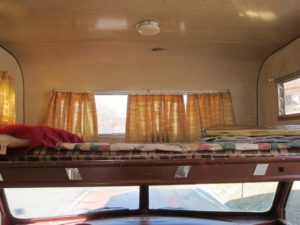 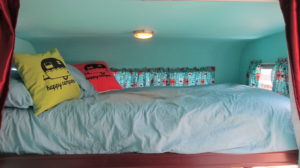 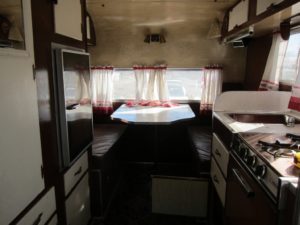 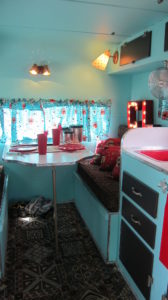 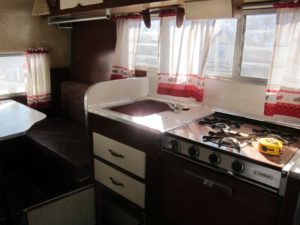 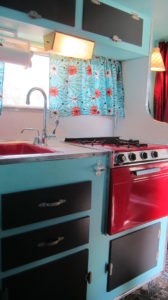 Here is the history of our Great Dale House Car in order:

Here are answers for the most Frequently Asked Questions:

Q: Is it a home build?
A:  No. Great Dale House Cars were factory-made locally here in Denver in the mid to late 1960s. Estimates are that 52 to 56 House Cars were made during that time frame.

Q: What is it made of?
A: Our House Car front-end is a 1965 Dodge Coronet. However, all House Cars are unique and made of different makes and models of 1960s cars.

Q: How much did it cost?
A: A lot. We spent more than we thought to restore the House Car, but still less than a brand-new RV camper.